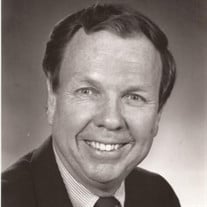 Samuel S. Hill, Jr., professor of religion, died peacefully on June 1. He was 93. Trained in American Religious History, and often called “the dean of southern religion,” he described himself as “an accidental co-founder” of that field. In addition to his work as a professor, Sam published widely from 1963 until 2010, and is probably best known for Southern Churches in Crisis (1966). His career as professor of religion lasted 35 years, the first year at Stetson University, followed by 12 years at the University of North Carolina Chapel Hill. He was a member of the Religion Faculty of the University of Florida from 1972 to 1994. Sam received excellence in teaching awards from both Chapel Hill and Florida. Teaching undergraduates was his first love. When asked to comment on Sam’s career, historian Bill Leonard wrote: “Sam’s research opened the door to new approaches to religious studies of the American South that continue to this day. In Southern Churches in Crisis he wrote: ‘Many who have sought to understand the South have overlooked, or taken rather too lightly, the religious factor in its shaping and preservation.’ In that book, and others such as The New Religious Political Right in America (1982, with Dennis Owen) Sam anticipated many of the trends now clearly evident to observers of the American religious scene, including deepening issues of race, politics, economics, and the ‘loss of civility,’ inside and outside religious communities. As mentor to multiple student generations, he advanced an insightful historiography that freed multiple generations of young historians, many born and bred in the South, to examine their heritage critically and openly, yet with a determination to move beyond caricatures, stereotypes, and condescension. He reminded his students and his readers that no religious movement, ideology or religiously ‘occupied’ geography is immune from the historian’s prying eye, investigative research, and extended analysis. He was the consummate historian, teacher, scholar, and mentor.” Born in Richmond, VA, to Samuel S. Hill and Mary Brown Hill, reared and schooled in Kentucky, Sam discovered his vocation early. Ordained a Baptist minister in 1947, he served rural churches while pursuing his education. Sam graduated from Georgetown College in 1949, and Southern Baptist Seminary in 1953. Vanderbilt conferred upon him the MA degree (English) in 1952. After a two-year pastorate in Burlington, KY, he studied for a year at the University of Cambridge on a Rotary International Scholarship. He completed his formal education at Duke University from which he received a PhD degree (Religion) in 1960. Over the many years, he lectured at numerous academic institutions across the region and elsewhere. Always a dedicated churchman and for many years an Episcopal lay leader, Sam taught and spoke often to church groups and conferences and would continue to do so until age 90. He and his wife returned to Deland from Black Mountain in 2010. Surviving are his wife, Helen Smith Hill of Sorrento, FL, his daughter, Sarah Smythe Hill of Durham, NC, his son, Charles Andrew Hill of Asheville, NC, his niece, Mary D. Midkiff, Lexington, KY, his nephew, Daniel B. Midkiff, Frankfurt, KY, and several cousins. His sister, Jane Hill Polk of Lexington, KY, predeceased him. In lieu of flowers, memorials may be made to St. James Episcopal Church in Black Mountain, NC, or to the charity of your choice. Condolences, memories and photos may be shared on the tribute wall.

Samuel S. Hill, Jr., professor of religion, died peacefully on June 1. He was 93. Trained in American Religious History, and often called &#8220;the dean of southern religion,&#8221; he described himself as &#8220;an accidental co-founder&#8221;... View Obituary & Service Information

The family of Samuel S. Hill, Jr. created this Life Tributes page to make it easy to share your memories.