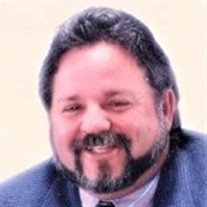 Michael Rebel, 74, of Eustis, Florida, passed away in Georgia Sunday, January 30, 2022, after having a stroke. Mike was born April 19, 1947, in Eustis, Florida, to Ben and Helen (Lynch) Rebel. He graduated from Eustis High School in 1965. He was a proud member of the undefeated State Championship EHS football ball team of 1963. Mike attended Florida State University briefly, transferring to the University of Arkansas, where he met and married Kay Rutland, June of 1969. After he graduated with a Bachelor of Science in Education in 1971, they moved to Eustis. During this time, Mike dabbled in many different job fields. He was a science teacher, a longline fisherman (out of New Smyrna), a landscaper, as well as worked at the Florida Game and Fish Commission. In 1980, he started Rebel's Landscaping company in Southaven, MS/Memphis, TN. After his divorce in 1982, Mike moved back to Florida. He received his master's degree in counseling from Stetson University in 1990 and was certified as a licensed Mental Health Counselor. He had finally found what he was meant to do, and he loved it. He counseled others up until his final days. He loved nothing more than sharing his knowledge and helping others. In 2003, he published a book with Charlene R. Johnson called Animal Angels. A book about the special bonds we share with animals and the life lessons they can provide. In his spare time, he could be found fishing, riding his motorcycle, playing his wooden bass flute, or out hunting with his favorite dog. He was always up for a new adventure. Mike lived life to the fullest, and he loved sharing it with all those around him. Mike's last four years were spent living with his daughter in Georgia due to his vascular dementia. He knew he needed to be there, but he truly missed his home and his friends in Florida. Mike is survived by his daughter Stacy Fisher and her husband Jeff Fisher of Senoia, GA, and son Michael D. Rebel and his wife Pam of Peachtree City, GA; three grandchildren, Ashley (Tim) Jackson, Adriana (Dillon) Lawter, and Tristan Fisher; his brother Ben Rebel of New Smyrna, FL, nephew Aaron Rebel and several cousins. He was preceded in death by his parents. A celebration of life service will be held this summer in Florida. We will post on his Facebook page and on this site once plans the are finalized. In honor of Mike's and his family's love of animal's donations can be made to one of his daughter's rescues. We have one for dog lovers, Hearts 'n Homes Dog Rescue, Sharpsburg, GA (https://heartsnhomesrescue.org/donate-1) and cat lovers, Fayette County, GA Humane Society(https://fayettehumane.org/donate-now/#memorial-donate).

Michael Rebel, 74, of Eustis, Florida, passed away in Georgia Sunday, January 30, 2022, after having a stroke. Mike was born April 19, 1947, in Eustis, Florida, to Ben and Helen (Lynch) Rebel. He graduated from Eustis High School in 1965. He... View Obituary & Service Information

The family of Michael Rebel created this Life Tributes page to make it easy to share your memories.

Michael Rebel, 74, of Eustis, Florida, passed away in Georgia...