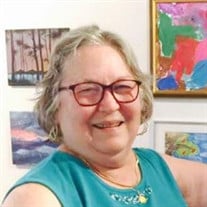 SUSAN WYNN PRATT was the firstborn of Frank and Frances Wynn, born in Philadelphia, Pennsylvania on January 13, 1942. Raised in Central Florida, Susan moved to Birmingham, Alabama in 1960 to attend nursing school. She received her degree in English at the University of Alabama while working as a nurse and health educator at the University of Alabama’s Medical Center. The highlight of her career there was establishing an innovative state-wide health education program that remains active today. In 1980, she moved to Long Island, New York and shortly after that to Washington, DC where she worked as a consultant and eventually established her own computer software business. During this time, she and her husband enjoyed traveling extensively together, especially to Western Canada and the southwestern US. In the late 1980s, she and her beloved husband, Hugh, who had retired from a distinguished 30-year career in the US Navy, returned to Central Florida and settled in Merritt Island to be closer to family. When Susan retired from her professional career in 1998, she dove headlong into her life-long interest in the arts. She studied stained glass,drawing, color theory and oil and water-color painting. She became active with the Central Brevard Art Association and exhibited her works at the Cocoa Beach Chamber of Commerce and Cocoa Beach Library. After the passing of her husband and moving to Eustis, Florida in 2012, Susan again engaged in her new community through the arts, her neighborhood, and her natural ability to champion, encourage, and care for others. She became fully involved at the Lake Eustis Museum of Art (LEMA) and shortly thereafter, not only joined its board but became the ​Chairman of the Education and Outreach Committee, developing programs to reach young people with the arts. She genuinely believed in the power of art to shape and benefit the lives of everyone who would engage with it. She organized bi-monthly “art days” in her home, where “loved ones” would gather for classes on some new technique that she others fancied. These principles also converged in the founding of The Spirit & Skill Society, a family-run and family-focused art education non-profit. In 2016, the local downtown park in Umatilla was rented for the first Sunday of every month for the entire year. Susan was tasked with designing an art “how-to” lesson and project with a different theme each month. Not only did she create the format, but she also sourced all of the materials and volunteers to make it a success. She designed an event that informed children and adults alike, inspired creativity in all who aspired,and welcomed even the most casual of observers. As well as serving her own neighborhood’s HOA board as the Secretary, she also advocated for quality long-term care by becoming a certified Ombudsman for the State of Florida. Susan loved to help people. She was a champion of those who had lofty goals, whether they were hers or not, and was an encourager of those who didn’t quite know yet where they wanted to go. For those who could not see the way, Susan would create a plan with steps, charts and the like. For others who had been knocked down by life, she would listen, but acting more than a sounding board -- rather more like a patient mother. And slowly but surely she would nurture life back to that dream, and to all of us. She was truly a teacher, leader, and friend. She is survived by her siblings Tom (Debra) Wynn of Eustis, FL, Marcie Wynn of Ormond Beach, FL, and Richard (Jan) Wynn of Apopka, FL; her aunt and uncle Madge and Earl Vaughan of Orlando, FL, three cousins, their wives and children; her stepchildren Patricia Pratt ​Shapard of Fort Worth, TX, Barbara Pratt of Titusville, FL, Katherine Pratt of Pacific Palisades, CA, and Michael Pratt of Winterville, GA; her nieces and nephews Angela Wynn of West Palm Beach, FL, Leah (Larry) Ramirez of Apopka, FL, Jordan (Heather) Wynn of Apopka, FL, Thomas (Hannah) Wynn of Sanford, FL, and Olivia (Ben) Roche of Eustis, FL; her grandnieces and nephews (Juniah, Judah, River, Juniper, Jasper, and Abel); and certainly not to be left out, her cherished Bichon Frise “Bertie." Our beloved Susan was dearly adored by family and her many friends —she truly loved well. There will be a memorial service on Sunday March 3, 2019, at 3 PM, in the Lake Eustis Museum of Art, 1 West Orange Avenue, Eustis, FL 32726. In lieu of flowers feel free to bring a favorite dessert or finger food to share.

SUSAN WYNN PRATT was the firstborn of Frank and Frances Wynn, born in Philadelphia, Pennsylvania on January 13, 1942. Raised in Central Florida, Susan moved to Birmingham, Alabama in 1960 to attend nursing school. She received her degree... View Obituary & Service Information

The family of Susan Wynn Pratt created this Life Tributes page to make it easy to share your memories.

SUSAN WYNN PRATT was the firstborn of Frank and Frances Wynn,...