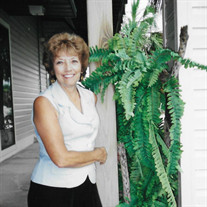 Shirley A. De John (Carris) of Melbourne Florida formally of Rochester New York passed away Tuesday, October 5, 2021 at the age of 86. Born in Rochester New York to Samuel P. De John and Anna Citro. Shirley moved to Melbourne in 1979 where she resided until November of 2020. The remainder of her time she spent in Eustis Florida until her passing on October 5, 2021. Shirley worked for Harris/RF Communications in Rochester New York then upon moving to Melbourne Florida made the transition over to Real Estate becoming a Broker/Owner of her own real estate franchise. Shirley retired at the age of 70 enjoying her time with her family and friends. Dancing, tending to her orchids, fishing and being a part of the Moose Club in Melbourne were all part of Shirley's enjoyment. Shirley is survived by her daughters Lynne Messana (Mark) of Piffard, New York, Holly Weston of Melbourne Florida, and Leslie LoVoy (Wayne) of Eustis, Florida; Grandchildren Stephen Rose of Geneseo, New York, Joseph Messana of Caledonia, New York, Anthony Messana of Buffalo, New York, Victor Messana of Rochester, New York, Erika Bessell of Greece, New York, Robert Weston of Marietta Georgia and Noah LoVoy of Eustis, Florida; as well as 7 great grandchildren. Condolences, memories and photos may be shared on the tribute wall.

Obituary for Shirley A. De John

Shirley A. De John (Carris) of Melbourne Florida formally of...