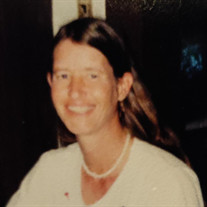 Sandra “Sandy” Sue Samples of Altoona, Florida passed away on Saturday, February 12, 2022 at the age of 62. She was born in Kalamazoo, Michigan. Sandy met the love of her life, James “Jim” Samples and they were married on December 20, 1980. In 1987, they relocated from Jacksonville, Florida and moved to this area. Sandy loved her family dearly. She thoroughly enjoyed gathering with them, especially on Thanksgiving. She absolutely adored her grandchildren. Sandy worked for the Lake County School System as a school bus monitor for about 9 years. She retired 2 years ago. She was preceded in death by her father, Charles Smith in 1972 and her mother, Joan Smith in 2018; son, Dewey Samples in 2005; grandson, Brock in 2015; sister, Ruthie Wilson in 2011; and her son-in-law, John Glover III in 2015. Sandy is remembered and will be dearly missed by her husband of 41 years, Jim; son, Charles (Renee) Samples of Bell, Florida; daughters, Nakia (Anthony) Morris of Sorrento, Florida and Amber Glover of Altoona; daughter-in-law, Anell (John) Madsen of California; sister, Loni Smith of Edgewater, Florida; and 8 grandchildren, James, ‘Alamea, Reyli, Zoey, Varrick, Grady, Evan and Jameson. Condolences, memories an photos may be shared on the tribute wall.

The family of Sandy Sue Samples created this Life Tributes page to make it easy to share your memories.

Sandra “Sandy” Sue Samples of Altoona, Florida passed away on...

Send flowers to the Samples family.