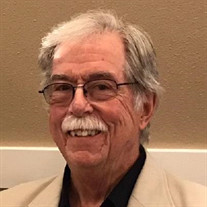 Robert "Bob" Johnston III 89, of Aalst, Belgium and Mount Dora, Florida, passed away on Mar 4, 2019. Born December 18, 1929 in New York City, he was the son of Robert Johnston Jr. of Newburgh, New York and Katharine Ballard Hyde Johnston of New York City. His early years were spend in suburban Riverside and Darien, Connecticut. In 1939 the family moved to Cooperstown, New York, home of pioneer author James Fenimore Cooper and the National Baseball Hall of Fame where Bob had the unforgettable experience of shaking hands with George Herman "Babe" Ruth at the Centennial Celebration of the founding of the game of baseball by Major General Abner Doubleday in 1839. Following grade school in Cooperstown Bob graduated from Phillips Academy, Andover, Massachusetts in 1947 and Princeton University in 1951. He received his commission as a 2nd Lieutenant in the United States Army Artillery on June 12, 1951 and was called to active duty on July 21, 1952. Following service at Fort Sill, Oklahoma Bob was sent to Berlin Germany which at the time was surrounded by the Russian and communist East German armies. He was Promoted to 1st Lieutenant in January 21, 1954. After leaving the Army on May 11, 1954, Bob returned to Germany as a civilian employee of the U.S. Air Force in Wiesbaden. From 1960 until 1996 he was employed in the European Financial Organizations of U. S. Corporations including, Brunswick Corp., Sperry Rand Corp., Honeywell Corp., and Mohawk Data Sciences Corp. where he held the position V.P. of Finance. Upon leaving the corporate environment he joined the management consulting firm, Alexander Proudfoot, from which he retired at 66. After retirement Bob and wife Annie shared their time between Belgium and Mount Dora. An avid golfer, Bob won numerous Club competitions at his club in Belgium. Bob is survived by his wife Annie Johnston Van Driessche, daughter, Vicky Wehner Johnston, son, Robert and three grandchildren, Celine and Cedric Johnston and Johanna Wehner. Funeral services will be held in the Hamlin & Hilbish Chapel on Monday, March 11th at 11 AM. Interment with military honors will follow in Lakeside Memory Gardens, Eustis.

The family of Robert "Bob" Johnston III created this Life Tributes page to make it easy to share your memories.