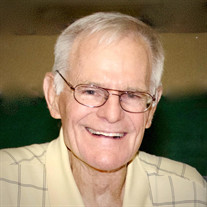 Jack Rapp faithfully carried the message of God's love and the possibility of recovery to those seeking victory over a seemingly hopeless state of mind and body. Jack, 83, was living in Tangerine, FL, when he passed on to his reward January 8, 2020, on the anniversary marking the 39th year of his carrying the message of hope and joy to those who sought to recover from addictions. He was born in St. Louis, Missouri, on November 9, 1936, the only child of Manuel Warren “Fat” Rapp and Mary Tiley Rapp. He attended college at Washington University in St. Louis where he participated in ROTC. He received his degree in Physical Education in 1958. Upon graduation, he was commissioned as a Second Lieutenant in the U.S. Army and attended his officer basic course at Fort Lee, Virginia, where he served and also recaptured his high school football playing zeal. After discharge he was on reserve duty in the ‘60s. Jack married Joan Milligan in 1959 and their first child, Mary Kimberlin, was born in St. Louis. When he took a job in New York City at the Container Corp., his hobbies included some rough rugby and modeling in Manhattan. At that time you might have seen his photo on a sign in Times Square advertising cigarettes, beer or soda - or shoes. His second daughter, Karen, was born in NY. The family then moved to Morrisville, PA, and son John was born in Trenton, NJ. When the family moved to Florida, Jack started his own business as a food broker, but his daughter Karen says that in his heart he was an athlete, sportsman and coach. Karen remembers her dad with a stopwatch at the end of the street to time kids races, and his enthusiastic tennis games with friends in Spring Valley. He changed his sales from food to medical & therapy equipment and earned a Master’s Degree in Sports Medicine. Even while in the intensive care unit he was ever the sportsman - he pointed out that an ad on TV showed a fisherman using the incorrect reel for the cast he was making. January 1981 Jack stopped drinking and turned his life over to the care of God. Soon thereafter he became involved with Came to Believe Recovery retreats (was sponsored by Clarence S.) and began his personal mission to help others recover. He and B.J. Case married in March, 1984, and together led many people to new lives in recovery. They also were instrumental in starting recovery retreats all over the USA and Europe. After Jack retired in 2010 from Ferno Ille, an Ohio based medical equipment company, he had more time to serve the recovery community. Jack became a Certified Addiction Professional (CAP) and in his retirement years taught and achieved impressive results with the men at the Spirit of Life Recovery Center. Jack and B.J. served a diversified and grateful community. His enthusiastic and tireless emphasis on the power of God in changing lives for the better made him a most effective teacher. His songs inspired. His stories about the AA legacy and the remnants of the early God-based program will be fondly remembered and repeated. Although Jack was an avid fisherman and always had some kind of boat, he caught more souls than fish. He is survived by his wife B.J. Case Rapp, Joan Milligan Rapp, mother of their children, Mary Kimberlin (Donald )Tracey, Osteen, FL; Karen Louise (Charles) Torres, Boerne, TX; John David Rapp, Pine Island, FL; Dawn Rapp, Sanford, FL, and grandchildren Rachel, Olivia, and Gabrielle Torres, Lauren and Travis Tracey, and Anonda Rapp. We, the Rapp Family, extend our love and thanks for your care and concern during our family’s loss. We share Jack’s sincere desire to help others recover from addictions and are deeply grateful to all who have joined in this cause through their prayers and by making donations in his memory to Came to Believe Recovery, Inc. Your generosity ensures that the work of his last decades continues to thrive. If you would consider helping with this mission, you can donate in memory of Jack Rapp here: https://cametobelieverecovery.org Or, you can mail your gift to: Came to Believe Recovery P.O. Box 73 Tangerine, FL 32777 Celebration of Life Service January 25, 2020 1:00 PM (EST) Apopka Assembly of God Church 951 N. Park Ave. Apopka, FL 32712 phone: 407-886-2806 ThriveApopka.com Reception 2:30 - 4:30 PM (EST) Zellwood Station Country Club 2126 Spillman Dr. Zellwood, FL 32798 refreshments provided Condolences, memories and photos may be shared on the tribute wall.

Jack Rapp faithfully carried the message of God's love and the possibility of recovery to those seeking victory over a seemingly hopeless state of mind and body. Jack, 83, was living in Tangerine, FL, when he passed on to his reward January... View Obituary & Service Information

The family of Manuel Jack Rapp created this Life Tributes page to make it easy to share your memories.

Jack Rapp faithfully carried the message of God&#39;s love and the...