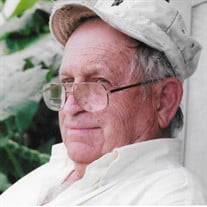 He grew up during the '30s and '40s in Oyster Bay, New York, during tough times when people had little money. He attended Oyster Bay High School, graduated in 1951, and lettered in several athletics to include track and field. After High school, he joined the United States Marine Corps where he served during the Korean War from 1951 to 1954. After returning to Oyster Bay from the Marines, he worked for the Bell Phone Company and finally as an electrician. During this time, he became a volunteer fireman for the Atlantic Steamers Fire Company No. 1, one of two volunteer fire departments within the town of Oyster Bay. While as a member of the Atlantic Steamers he competed on the department's tournament race team known as the "Rough Riders". At that time, the Rough Riders were one of the top racing teams in New York State and won several state championships. Many of their records were held for over 24 years and he took great pride in knowing that he had been a part of making that happen. In 1996 he would even be mentioned by name in the book, "When the Sirens Sounds" the history of the Atlantic Steamer Fire Company and the fire service in Oyster Bay by author John Hammond. He also was a founding member of the Mill River Rod and Gun Club and assisted in the construction of their clubhouse located in Bayville, New York. He was also an avid hunter and fisherman. He knew the waters of Oyster Bay better than just about anyone alive and would often place in the top five percent at local fishing tournaments. He would often help others by giving them clams or fish that he had caught without expecting anything in return. In 1961 he married his wife of 59 years, Joan Sharpe. Together they would have two sons, Kenneth and Thomas, and live in Oyster Bay until the spring of 1973. In 1973, they moved to Florida so that they could be closer to his Mother-in-law, as she had been diagnosed with Cancer. After her passing, they remained in Florida where he continued to work as an electrician. While living in South Florida, he became the Chief Electrician for the Dade County Youth Fair Grounds and later become the Chief Electrician for the American Bankers Insurance Company at their world headquarters located in South Miami. During these years, when not working, he continued to fish and began looking forward to retirement. Finally, in 2000, he and his wife moved to their dream home, next to a lake in Paisley, Florida. There he and his wife would make crafts and opened a small shop at Renninger's Flea Market. A very humble man, he especially enjoyed meeting people, selling his crafts, fishing, and watching his grandkids grow up. If you had to sum up his life in one term it would be "Semper Fidelis"…. a man who was always faithful, to his family, his friends, his Country, the Marine Corps and above all else to God. He is survived by his wife Joan, sons Kenneth and Thomas, daughter in laws Michelle and Tanya, and five grandchildren Douglas, Kenneth, Morgan, Allison, and Lara. In place of flowers, please send donations to the Tunnels to Towers 911 memorial fund. Family and friends are invited to gather on Saturday, February 20 from 1:00 - 2:00 PM with a memorial ceremony starting at 2:00 PM in the funeral home chapel. In lieu of flowers, donations may be made to Tunnel to Towers Foundation, 2361 Hylan Boulevard, Staten Island, NY 10306 or online at www.T2T.org Condolences, memories, and photos may be shared on the tribute wall.

He grew up during the '30s and '40s in Oyster Bay, New York, during tough times when people had little money. He attended Oyster Bay High School, graduated in 1951, and lettered in several athletics to include track and field. After High school,... View Obituary & Service Information

The family of Kenneth E. VanVelsor created this Life Tributes page to make it easy to share your memories.