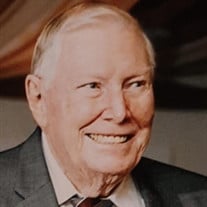 John T. Madden of Merritt Island, Florida passed away peacefully on Tuesday, May 3, 2022 at the age of 86 years. He was born in Duquesne, Pennsylvania. John worked as an auto mechanic for a short time. He met the love of his life, Barbara, and they fell in love. They were married on May 25, 1957. John proudly served his country in the US Army for 3 years. After his military service, he and Barbara moved to Chicago, and he went to work for Chicago Rawhide. Returning to Pennsylvania, John started his career in the rubber industry, working for Castle Rubber in Butler as a supervisor and later went to work for Carmi Molded Rubber in Illinois. He retired from the rubber industry in 1984 and then went on to become a manager of Downen Furniture in Carmi. He moved to Merritt Island in 1991. Due to a motorcycle accident in 1993, he was forced into retirement. John moved to Leesburg, Florida where he and Barbara resided for 15 years, only to return to Merritt Island 8 years ago. John was a member of Devine Mercy Catholic Church, where he was a 4th degree Knight with the Knights of Columbus. John loved to sing and was a member of the church choir and later sang in the Resurrection Choir, singing at funerals. At age 75, he discovered a love for karaoke. He had a wonderful voice and his family and friends enjoyed hearing him sing. John also enjoyed motorcycles and he and Barbara would travel on his Honda Goldwing. John had an interest in railroads. He like to watch videos on trains and even built a model railroad. He was also a computer guru and was a former President of the computer club in Leesburg. He was preceded in death by 2 sons, James Madden in 1965 and Michael Madden in 1974, and his brother, George Madden. John is remembered and will be dearly missed by his wife of 65 years, Barbara; daughter and son-in-law, June Carole and Charles Downen of Merritt Island and 1 grandson, Stephen Downen (Krystina Milakovic) of Rockledge, Florida. A graveside ceremony will be held on Monday, May 23 at 10:00 AM at Space Coast National Cemetery in Mims, Florida. Condolences, memories and photos may be shared on the tribute wall.

John T. Madden of Merritt Island, Florida passed away peacefully on Tuesday, May 3, 2022 at the age of 86 years. He was born in Duquesne, Pennsylvania. John worked as an auto mechanic for a short time. He met the love of his life, Barbara,... View Obituary & Service Information

The family of John T. Madden created this Life Tributes page to make it easy to share your memories.

Send flowers to the Madden family.