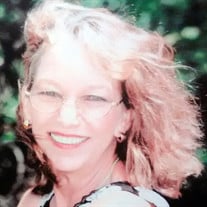 WHITTY, Jane Martin, 62, of Eustis, Florida, passed away Dec. 25, 2015, surrounded bedside by loving family members. She was a loving wife, daughter-in-law, mother, grandmother, sister, aunt and friend. Born in Pensacola, Florida, she grew up in an active and close family of six, graduating from Escambia High School in 1971. As a young wife and mother, she dove into the labor of love of homemaking for her family with enthusiasm and great accomplishment. Professionally, she learned banking as a teller, rose to Vice President of Customer Service at a prominent area bank. Ultimately, she built from scratch and managed her own branch of a national bank with a staff of over 20 employees in Central Florida for several years. She was very active and a leader in her community with the Park Avenue Merchants Association, Winter Park Chamber of Commerce. She became a Personal Computer(PC) Security expert, providing PC security support services to an international company, winning Microsoft(MS) MVP awards for security support excellence, and speaking at international conventions on PC security measures in the process. Her interests included music (piano, guitar, sing-alongs), camping, gardening, cooking, family lineage and Country dancing. She was bright(very), effervescent, pretty, sweet and greatly loved. She was preceded in death by her parents, Jack and Barbara Martin, and her older brother, Chris Martin. She is survived by her husband, Dave Whitty; mother-in-law, Carol Whitty; children, Stephen (Leannis) Moss Crutchfield, Matthew (Michelle) Crutchfield, and Christine Cunningham; step children, David (Stephanie) Whitty, Jr, and Christie Whitty; grandchildren, Tyler, Liam, and Ansleigh; step grandchildren Dante, David (III), Bianca, and Bryce; sister-in-law Phyl Martin; brother and sister-in-law, Steve (Judi) Martin; sister and brother-in-law, Suzy (Dan) Loonam; nieces and nephews Brigitt,, Marty. A memorial service for Jane will be held on Thursday January 14, 2016 at 1:00 PM at Hamlin and Hilbish Funeral Home, 326 E. Orange Ave, Eustis, FL. Family and friends are invited to gather from 12 noon until service time. In lieu of flowers, donations may be made to Hospice or another charity of your choice. Condolences, memories and photos may be shared on the tribute wall.

The family of Jane Martin Whitty created this Life Tributes page to make it easy to share your memories.

Send flowers to the Whitty family.