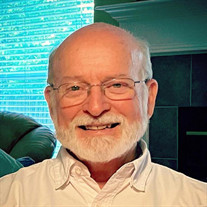 Dennis Jay Helms, 75, of Blowing Rock, North Carolina, with his family and loved ones by his side, went to be with the Lord Jesus Christ, after a long, hard, and bravely fought battle with leukemia on May 8, 2022. Dennis was born in Greenville, Ohio, on September 11, 1946, and moved with his parents and four siblings to Eustis, Florida in 1961. He graduated from Eustis High School in 1964 and married his wife, Linda Toole Helms, that same year. Later, Dennis graduated from Florida State University in 1968 with a degree in Accounting and Finance. In 2004, he received a degree in Theology from the University of the South, School of Theology-Sewanee. During his lifetime, he became a Certified Public Accountant, the City Clerk of Eustis, and later opened his own C.P.A. practice. His first job out of college was at HW Shepherd & Company, an accounting firm in Eustis. Later, they moved to Miami where he worked at Arthur Young & Company. He worked at Youth for Christ as comptroller and was a lifelong volunteer helping with church finances, Sunday school, and served as a church board member. Dennis also taught finance at Lake Sumter State College and spoke with various student groups about career planning. He later worked at Plymouth Citrus Products Co-op, and then on to Citrosuco North America, formally known as Juice Farms, as Chief Financial Officer where he retired in 2011. Dennis greatly enjoyed hiking through the mountains, playing tennis, golfing, kayaking, fly fishing, pheasant hunting with friends in Kansas, running in marathons, and all things FSU. He loved to travel in their RV where they drove across the United States to Alaska. Over the years, he ran the Marine Corps Marathon as well as multiple Disney Half Marathons. He enjoyed spending time with his friends and family, especially his grandchildren. His sense of humor, quick wit, compassion, and kind heart is what we will miss most about him. Dennis was survived by his wife, Linda Toole Helms; his son Michael David Helms and daughter Michele Helms Beckner; his daughter-in-law Silvana Reino Helms; his son-in-law Tom Beckner; and his four grandchildren Isabella Rebekah Helms, Gabriella Nicole Helms, and Amanda Lynne and Emma Beth Beckner. He was also survived by his mother, Freda Violet Helms; his four siblings Duane Helms (wife Emily), Joyce Sutton (husband Diteous), Richard Helms (wife Chris), and Karen Horsley; and his nieces and nephews Marvin, Stephanie, Alicia, Natalie, Julie, Deanna, Richard, and many great-nieces, great-nephews and cousins. He was reunited with his father, Forest Joe Helms (deceased 3/31/22), in Heaven. His memorial service will be held on Saturday, May 21 at 2:00PM, at Hamlin & Hilbish Funeral Home 326 E. Orange Ave Eustis, FL 32726 To watch the memorial service, click the link below at service time or anytime thereafter: https://webcast.funeralvue.com/events/viewer/73552 In lieu of flowers, the family requests donations be made in honor of Dennis Helms to the SECU Family House in Winston Salem, NC. The SECU Family House provides safe and comfortable lodging, as well as meals, for patients and their families while they are undergoing medical treatment. Linda and Dennis stayed there regularly during his cancer treatment at the Atrium Health Wake Forest Baptist Comprehensive Cancer Center. https://www.familyhousews.org/donate/ Condolences, memories and photos may be shared on the tribute wall.

Dennis Jay Helms, 75, of Blowing Rock, North Carolina, with his family and loved ones by his side, went to be with the Lord Jesus Christ, after a long, hard, and bravely fought battle with leukemia on May 8, 2022. Dennis was born in Greenville,... View Obituary & Service Information

The family of Dennis Jay Helms created this Life Tributes page to make it easy to share your memories.

Dennis Jay Helms, 75, of Blowing Rock, North Carolina, with his...

Send comfort and support when it's needed most.