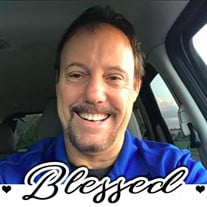 David “Dave” Wilson was born November 12, 1957, in Kingston, Rhode Island. He is survived by his wife Maria M. Wilson and her children and family members, son Jose Ferrer and wife Yorka Ferrer, daughter Elizabeth Merskin, son R. Elliott Merskin, and wife Becky Merskin. Four grandchildren by marriage; Ashley, Christopher, Emma Grace, and Asher, one great-granddaughter Laelah. He is also survived by his mother Shirley Tarven Wilson, sister Sherry Wager, brother Paul Wilson, nieces Nautica Wager, and Heather Wilson. Dave was adventurous and full of life. Some of his accomplishments included his achieving Eagle Scout; a 6th dan Black Belt was recognized and honored as Shihan for Kizen, a Karate style he developed which simply meant “perpetual improvement”. Of all his passions and pursuits there was none greater than the love of his life, his wife, Maria or as he would call her “Maria-san”. Their love and enjoyment of life were clearly visible to all. They had many adventures together during their 20 years of marriage, rides on the motorcycle, travels that took them to points all over from Georgia to Alaska, and many points in-between. He was lovingly called Papa “D” by his grandchildren and he relished every moment he got to spend with them. He loved playing and spending time with them and even allowed them to squish in with him on the recliner after a long day of fun. Anyone who knew Dave would also know his love for his Lord and Savior Jesus. He was not bashful with sharing about Jesus and desired others to know him too. It would be with childlike wonderment that he would challenge people with their life choices if it didn’t quite line up with any convictions he had about Jesus and His word. David will be missed, but his legacy will live on in the lives of his family, friends, and all those he touched. In lieu of flowers donations may be made to: https://www.wolmintl.com/davewilsonmemorial A memorial ceremony will be held on Saturday, September 19, 2020 at 2:00 P.M. at The Father's House Church, 2301 South Street, Leesburg. The link for the webcast of the memorial service is https://thefathershouse.com/watch/. Condolences, memories and photos may be shared on the tribute wall.

The family of David Russell Wilson created this Life Tributes page to make it easy to share your memories.

Send flowers to the Wilson family.