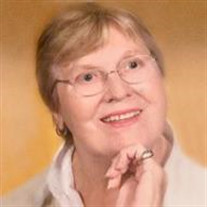 CONSTANCE “CONNIE” LEE WILHELM, formerly Constance Ann Selser, of Mt. Dora, FL died on April 1, 2019. She was born in Chambersburg, PA and moved to Umatilla, FL from Lincoln, VA in 1972. She graduated from Mercersburg High School, Mercersburg, PA with the Class of 1949 and later earned her Associate Degree from Hagerstown Business College. Her initial start in the business world was with Fairchild Aircraft Corporation in Hagerstown, MD. She later accepted a position with Tupperware Corporation but after moving to Virginia in the late 60s made the decision to launch her own small businesses. She owned and operated The Box Stall, a saddlery and horse supply store; Mr. Richards, a men's clothing store; and Gems and Junk, an attic shop all located in Purcellville, VA. She also owned and bred thoroughbred race horses. After her move to Lake County in 1972, she continued her business interests by owning and operating the Plaza Sandwich Shop (Eustis, FL); Connie's Corner (Eustis, FL); and the Waterfront Restaurant (Tavares, FL). She also engaged briefly in politics by working as a Representative Aid for Vince Fechtel, Jr. during his term with the Florida House of Representatives. After receiving her Real Estate license, she excelled in her career as a Realtor and later a Broker serving Central Florida for over 40 years. She became well known as one of the top Realtors in Lake County receiving annual recognition as a Multi-Million Dollar Producer. In 1997 she was named one of the Top 10 Realtors by the Greater Lake County Association of Realtors. Other honors she received included being named to the Circle of Excellence; the Platinum Club; the International Sterling Society; the International Diamond Society; the Star of Excellence; and was the recipient of the Chairman's Club West Central Florida award which is awarded to a Realtor with the highest level of Sales Achievement and Distinguished Service. She also served as the President of the Lake County Board of Realtors in 1993 and was a prior member of the Mt. Dora Chamber of Commerce. In her personal life, she was a 47 year active member of St. Thomas Episcopal Church in Eustis, FL and served as a member of the Vestry for multiple terms in the following roles Junior Warden, Finance Committee, Worship Committee and Scholarship Committee. She also volunteered as the Outreach Ministry Coordinator; Inreach Facilitator; Bazaar Chair; Live Auction Chair; Fundraising Coordinator/Benefactor; Bereavement Committee; Thrift Shop Volunteer and was a member of the Episcopal Church Women (ECW). She also served on the Diocesan Commission on Ministry 2007-2010 for the Episcopal Diocese of Central Florida. She was also known for her loving support and outreach to her surrounding community. She was a member of the Golden Triangle Federated Republican Women's Club. She volunteered with the Pink Lady Auxiliary at Waterman Hospital and served as President for the Our Turning Point Ranch Foundation from 2007-2009 and on the Board of Directors from 2010-until her death. She was an avid sports fan who enjoyed playing a variety of sports (basketball, bowling, golf and tennis). She also took great pride in watching her children, grandchildren, and great grandchildren compete in various sports (baseball, football, golf, softball, tennis, volleyball, etc.). In her younger years, wearing # 15, she was a member of the Fairchild Cargoettes one of the first Women's Semi-Professional Basketball Teams. In the late 50s she enjoyed teaming with her husband as members of the United Auto Racing Association. One of the family's favorite pictures is of their parents together in their Triumph TR-3 EP race car # 205 taken in May 1957 at the Cumberland Sports Car Races in Cumberland, MD which was part of the National Championship Races for 1957 where they finished 13th in the race. In the late 70s, she enjoyed competing in bowling carrying a +200 average and actually competed in the Women's International Bowling Congress (WIBC) Miami Bowling Championship. She was predeceased by her mother, Dorothy Conley Selser and father, Edward Bosserman Selser and her husband of 44 years, Richard Dulaney Wilhelm, Sr. Left to cherish her memories are their nine children, Richard Dulaney Wilhelm, Jr. and his wife Bobbie of Lovettsville, VA and children Kimi, Kelley, Richard Dulaney III "Trip" and Courtney; Frank Roberson Wilhelm and his wife Linda of Paisley, FL and her children Greg, Shannon and T.J.; Sharon Lee Zebro and William Brown of Norfolk, VA and her son Edward; Karen Lee Smart and her husband Richard of Eustis, FL and her children Chad, Katie and Kurt; Leslie Lawson Walton of Blue Hill, ME and her sons Timmy and Ebb; Cynthia Lee Christy and her husband Leon of Conyers, GA and her children Ty, Brooks and Amanda; Deborah Ann Roberts and her husband Preston of DeBary, FL and their children Kristin, Preston, Jr., and Justin; William Charles Wilhelm and his wife Kristi of Thomasville, GA and their children Conley, Benjamin & Kristopher; Edward Scott Wilhelm, Sr. of Mt Dora, FL and his children Edward “Scott”, Jr. and Constance Ann “Consie-Ann” named after her grandmother as well as 43 great grandchildren. Those wishing to attend the visitation may join the family in the Hamlin & Hilbish Chapel on Thursday, April 4th from 5 until 7 PM. A Celebration of Life service will be held on Friday, April 5th at 1 PM in St. Thomas Episcopal Church, 317 South Mary St., Eustis, FL 32726 followed by a reception in the Parish Hall. In lieu of flowers the family requests donations be made to St. Thomas Episcopal Church or to the Our Turning Point Ranch Foundation, P.O. Box 735, Mount Dora, Fl 32757 as a means to ensure their mother's legacy of always giving and providing for others is carried on.

The family of Constance L. "Connie" Wilhelm created this Life Tributes page to make it easy to share your memories.

Send flowers to the Wilhelm family.