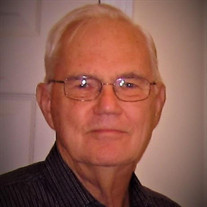 Arthur T. Lawson, 80, of Eustis, FL, passed away on Thursday, November 4, 2021, at Advent Health Waterman Hospital, Tavares, FL, with his fiancée, Doris, at his side. He was born in McKeesport, PA, to Arthur W. and Virginia Lawson. Growing up, Art was known to many as "Butch." He graduated from McKeesport High School in 1959. For a brief time, he studied engineering at the University of Pittsburgh, but received no degree. Art's first marriage was to Carole Arch in 1963. While residing in North Huntingdon, PA, they had two daughters, Susan and Christine. After 20 years of marriage, they went their separate ways, but remained good friends. In 1984 he married his second wife, Georgianna Corie, in Warren, PA, and became stepfather to Diane and Jeffrey. They were married for 21 years. Art was employed as a contractor in construction at the family run business, Lawson Excavating, Liberty Borough, PA up to 1983. He then relocated to Warren, PA, where he was the shop manager for Turner Enterprises, Youngsville, PA, for 22 years. He enjoyed camping, boating, fishing, hunting, skiing, and dancing. He was always the first to crack a joke to make you laugh. Art had the gift of being a good listener and was wise in giving advice. In retirement, Art relocated to Eustis, FL, where he spent time with his loving fiancée, Doris Warren. He was a member of the Moose and Eagle Lodges. He loved dancing and he enjoyed listening to the karaoke at Country Club Manor. He took pleasure in riding his pontoon boat and observing the wildlife. In addition to his parents, Art was preceded in death by his first wife, Carole, his second wife, Georgianna, his girlfriend, Kathy Michael, and his sisters, Donna Craig, and Kathy Wojcik. He is survived by his fiancée, Doris Warren, his two daughters, Susan Cooper, and her partner Shane Park, of State College, PA, Christine Pendrick, and her husband Thomas, of Mt. Pleasant, PA, two stepchildren, Diane Corle Vandewark and her husband Brad, of Daytona Beach, FL, Jeffrey Corle, and his significant other, Tina Cain, of Erie, PA, his sister, Janet Slifko, and her husband Wayne, of Beaver, PA, his brother, Robert Lawson, and his wife Sandy, of Liberty Borough, PA. Several sisters-in-law from both of Art's marriages survive, as well as 7 grandchildren, Matthew and Amy Cooper, Spencer Park, Stephen and Jessica Pendrick, Ashley Patterson, and Tommy Kares. Additionally, 3 great grandchildren, Ethan, Jack, and Benjamin Patterson survive. Hamlin & Hilbish, Eustis, FL have been entrusted with Art's request to have no funeral service. His ashes will be distributed by his family at a later date. Condolences, memories and photos may be shared on the tribute wall.

Arthur T. Lawson, 80, of Eustis, FL, passed away on Thursday, November 4, 2021, at Advent Health Waterman Hospital, Tavares, FL, with his fiancée, Doris, at his side. He was born in McKeesport, PA, to Arthur W. and Virginia Lawson. Growing... View Obituary & Service Information

Send flowers to the Lawson family.